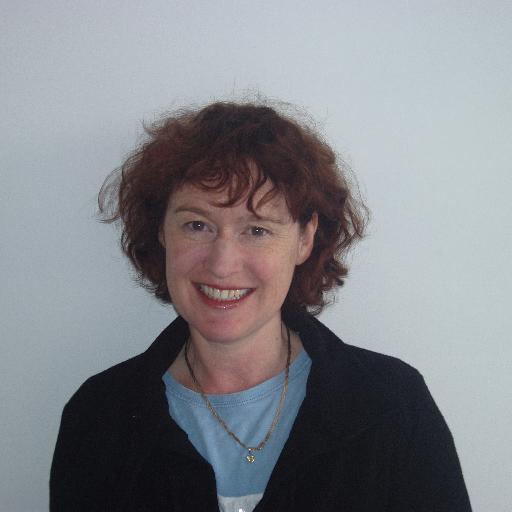 Like the changing of the seasons, or the birth of a new baby, we have no control over the timetable of the new CPD scheme. It’s coming, whether you like it or not. But it probably won’t be entirely, inescapably, in place until about Autumn 2018. Eager to be ahead of the curve, I signed up with a bunch of other keenies to be an “early adopter”. A smallish fraction of this number (which I think is over 100) met at one of the Early Adopter Meetings at a pleasant hotel in Haywards Heath.
I turned up early to catch the 5.30 refreshment offering, and was treated to broccoli quiche, assorted wraps and convivial company in the form of 15 assorted osteopaths who live within a driveable radius of the Birch Hotel.

What is an Early Adopter?

There was some minor confusion over whether we were going to adopt the new ’90 hours over 3 years’ rolling CPD earlier than the rest of the herd. We were not, to my disappointment. I have possibly racked up more CPD in the last year than in my previous 19 years of practice put together, but it seems I am still not allowed to take the rest of my life off to read Tudor-based historical fiction and watch Building the Dream in my spare time. The main advantage in being an Early Adopter seems to be access to the experts at the heart of the scheme (the affable osteopath Steven Bettles was our resident GOsC expert of the night), and a chance to mentally get to grips with how it is going to be, and have a kind of practice run before it becomes mandatory.

Well, not a lot, in some ways. The message of the night was to relax. Every care and worry that was put to Steven was neutralised painlessly by his positive and happy assurance that it really was not going to be anything like anyone’s worst fears.  And in some ways, it is going to be better than our brightest hopes.  A few things to note:

Click here for more detail of these parts of the scheme.

After the gauntlet of undergraduate education, and with post-traumatic stress disorder still unresolved from the night terror that was the PPP (yes, the spectre of 1999 still hovers, and it was referred to more than once in the evening), it seems that many osteopaths are still cowering in a dark place, unable to trust, or venture forth into the light.  Osteopaths are still too scared to record critical incidents in their CPD, or reveal anything at all on Pilars. I personally haven’t dared open the site yet. We are extreme in our nervousness. Physiotherapists gaily commit to print tales in which overzealous spinal manipulations have caused disc prolapses, for goodness sake, and nobody raises an eyebrow. What this scheme is going to give us (N.B. MY interpretation) is a chance to emerge into a small safe place with one other trusted person, and reveal our insecurities and weaknesses, quietly and meekly, without fear of condemnation or shame. It’s clear that it could take some fairly intense encounter group therapy for the osteopathic profession to truly release its demons, maybe months of collective primal screaming leading to a grand catharsis in the style of a 1970s Osho ashram, but I suppose that might have to wait for the next CPD overhaul. At least this is a start. No group hugs, pillow bashing or being pushed blindfolded off a balcony, but a little career counselling, safe disclosure and sharing to get the ball rolling.

The GOsC have little power over us, in some ways, beyond the power to sanction if something goes wrong.  As pointed out recently by iO’s Maurice Cheng, there are “not enough organizations” in osteopathy. There are instead many osteopaths working either totally alone, or in small practices with very few others, able to exist in blissful oblivion of the workings of the regulator or even each other. So there aren’t many hierarchies, and therefore few incentives to learn, be up to date and develop your career, because there are few ladders to climb, few leaders charged with implementing GOsC policies, and also few opportunities to mix with larger numbers of osteopaths. This is why regional societies and conferences and places such as the OCC are invaluable, however we need more of them, and more osteopaths to be involved in them. We need osteopathy to be a bit more like the Roman Empire, where the promises of higher posts and advancement were enough to ensure plenty of citizens cared enough to be active and enthusiastic. So with the difficult task of how to influence osteopaths without these nice carroty incentives, and only a blunt and distant stick, the CPD scheme seems to be a good system of leverage.  The peer discussion review will hopefully help to establish a “positive error culture” in which uncertainty and mistakes are viewed by everyone as an opportunity for learning and development i.e. not a reason to hide under the duvet concerned that you are not an omniscient being who never screws up and has to put on a super-confident front in case you’re found out.

The requirement to have some training in communication and consent is also a way that the GOsC can help us try to prevent complaints, which often have poor communication at their core, and which contrary to popular opinion are not wanted by the GOsC any more than by us. The objective bit is a way to help us get more reflective, and self-aware, and gather useful data in the process.

Getting to know the Osteopathic Practice Standards

A worry, particularly from those who are great with their hands but less inclined to sit and read philosophical treatises, is that of having to “map” activities. There’s a somewhat complicated looking system of having to make sure you have activities that have covered the main four areas of the Osteopathic Practice Standards, plus making sure that they have accurately reflected what you do day-to-day in your job. And not only does your CPD have to be mapped to the four themes of Osteopathic Practice Standards, it also has to be mapped to the four CPD Standards. In practice, this probably won’t mean that you will do anything very different, as most activities will relate to more than one category of the osteopathic standards. Since you have to do something on communication and consent, you’ll tick the box for the first standard anyway. It’s hard to think of anything you’d learn that won’t tick the second box (knowledge, skills and performance); similarly a variety of things will fit the third (safety and quality) and professionalism is similarly broad. However what it does mean is you will have to refer to them, in detail, and this is a rather cunning way to make us read them and get to know them. They actually have more specific guidance and expectations in them than you’d think, and aren’t just a series of well-meaning and bland statements saying “be a good osteopath and treat your patients well”. The four CPD standards are a fairly basic guideline to ensure you keep notes, do CPD useful for patients (again your mandatory consent and communication bit will tick this box), do an objective activity (this bit might be new to you), and are relevant to your practice (do any paediatric osteopaths go solely to totally unrelated sports injury courses for their CPD?).

So after this sociable and happy evening, I think I’ve probably said enough about the new CPD scheme for now, and hope that anyone who isn’t an Early Adopter can feel as soothed as our Sussex group. Watch this space … there’s likely to be more as I go through the adoption process … 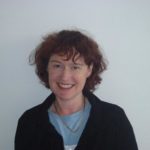