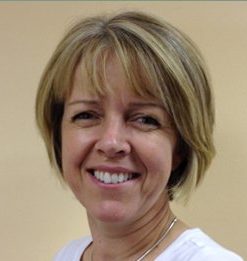 Penny Dathan volunteered as an ‘Early Adopter’ – osteopaths who have been trialling elements of the new CPD scheme in groups in online workshops and then sharing learning and tips with peers. Penny qualified from the British School of Osteopathy now the University College of Osteopathy) in 1989. She is a sole practitioner based within a GP practice in Buckinghamshire and describes her practice as ‘mainstream mechanical osteopathy’. Here, Penny describes her first trial of clinical audit:

‘I selected clinical audit from the choice of six available options for the online workshops – my rationale was that I knew least about this topic, I’d never carried one out before. I then joined a group of eight other osteopaths from around the UK for a series of five one-hour online workshops last summer. These were facilitated by Carol Fawkes, Senior Research Officer at the National Council for Osteopathic Research (NCOR), supported by Fiona Browne, Head of Professional Standards at the GOsC.

Deciding on an aspect of practice to audit

After the first session telling us more about the new CPD scheme and an introduction to clinical audit, we were tasked with reflecting on our practice and deciding on an aspect to audit that would be of value to our patients, practice or profession.  For me, this was one of the toughest elements of the whole audit process as the possibilities were endless!

The NCOR Clinical Audit Handbook was invaluable for learning more about the clinical audit process. We also carried out a sample audit which, along with the group feedback, was a helpful start. (The sample general practice audit, applicable for all osteopaths, is in the NCOR Handbook) Carol and Fiona encouraged us not to over complicate the process and to focus on one fairly small area initially for our first clinical audit.

I then decided to conduct my clinical audit on the ‘recording of rehabilitation exercises in case notes’. I chose this because I suspected there could be room for improvement in this area as it can be such a rush to get the notes down at the end of the session. I wanted to check that my notes are compliant and include all the information needed to discuss any queries with patients at follow-up appointments.  I specifically wanted to make sure I’m complying with the criteria set out in the Osteopathic Practice Standard C8: ‘Ensure patient records are full, accurate and completed promptly’ and follow the Good Practice identified in NHS Guidelines. The standard of 100% being the target.

The next step was to devise the Data Collection Tool. So with Fiona and Carol’s words – ‘don’t overcomplicate things’ – still echoing in my head, I decided that I needed to ask two key questions about those patients to whom I’d recommended remedial exercises. Consequently, I drew two columns on a sheet of A4 with these two questions:

I selected a sample size of 100 randomly chosen patients, who had been prescribed remedial exercises in the last six months– I also gave them documentation of the recommendations. I carried out the audit one afternoon in July and it took no more than two hours. I discovered 35% were ‘no’ to Q1 and 57% were ‘no’ to Q2. I was surprised at the results and that they were quite a way off the 100% standard, at that point.

Planned actions as a result of the clinical audit

We had the last online workshop in early September to discuss our findings and it was reassuring to hear colleagues’ thoughts too. As a result of the first audit, I’ve now modified the paper scripts I use for consultations and added a box at the end as a prompt to note down remedial exercise prescription, so that I can jot down notes in shorthand as I’m speaking to patients. I intend to re-audit before this Easter, using the same two questions, with a sample of 100 patients seen in the last six months, to check if the prompt box is helping me to reach the standard I want to achieve.

Learning more about clinical audit and trialling one has also given me ideas for other areas I could usefully audit in the future. One of these could be looking at patient expectations in some way to understand more as expectations can guide the outcome of treatment. If you don’t understand expectations as a practitioner, there’s a danger the patient may go away feeling disappointed, or not feel motivated to take the advice given or just not come back. I’d need to think carefully about which questions to ask in the audit to get the information I’d need.

Reflections on the benefits of clinical audit

On reflection, I feel the clinical audit process should improve patient care within my practice and the process wasn’t as onerous as I’d previously thought! Prior to taking part in the workshops, I’d thought that the whole concept of constructing an audit, especially as a sole practitioner doing it on my own in my own practice, would be an enormous and daunting exercise. But I understand audit as a process much better now, and that it can be far simpler and more straightforward than I had realised. I also feel more confident about the new CPD scheme as I have some tools to use and consequently I don’t feel so overwhelmed about the forthcoming changes.